Welcome to the 2022 Summer Edition of Just.Equal Australia's newsletter.

This year has seen a number of small wins for us all and while the end of the year is a good time for us to reflect on our achievements (and we will), we'd like to start off by looking at an exciting new partnership with The Body Shop next year.  Our campaign to the Federal Government to make the census more inclusive will be promoted around Australia in The Body Shop's retail outlets.

Next year we will be running advocacy workshops.  For those who would like to learn from the best and get involved with Just.Equal Australia, you'll find more information at the end of the newsletter.

Our work costs money, so please consider making a donation to help us continue with the work we do.

The team here at Just.Equal wishes you and yours a very happy festive season.

In 2021, the Census excluded LGBTIQA+ people, thus perpetuating the invisibility of a significant part of the population.

Without these three questions, LGBTIQA+ people will continue to be rendered invisible making it harder to address the stigma, discrimination and lack of services we experience.

Thanks to a partnership with The Body Shop next year, Just.Equal Australia will be getting our petition out to the public via their retail outlets.   Keep an eye out for it in their stores and let others know. 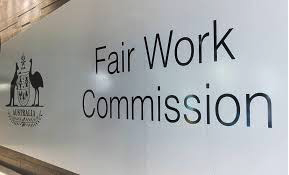 For several years Just.Equal Australia has been advocating and lobbying for the Fair Work Act to protect trans and gender diverse people, and people with variations of sex characteristics, from workplace discrimination.

We have been working together with trans and intersex human rights groups.  That's why we were very pleased when the Federal Labor Government introduced these protections in October

However, the protection for people with sex variations was not fully inclusive enough so we worked with the Greens and Independent MP, Andrew Wilkie, to strengthen it.

They succeeded in obtaining a commitment from the Government to amend all legislation protecting intersex people from discrimination to ensure it is as inclusive as possible of all people with sex variations.

This is an important step forward and Just.Equal Australia is proud to have played a role. 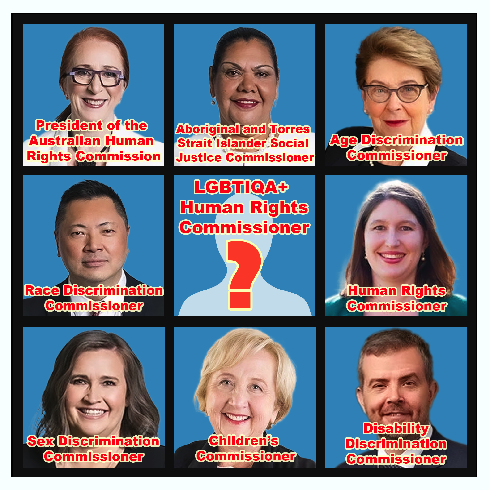 In September this call was taken up by Brisbane MP, Stephen Bates (Greens QLD), but in late October both major parties joined to defeat the proposal.

The Government’s rationale was that the Sex Discrimination Commissioner covers LGBTIQA+ issues already. But thanks to Just.Equal's advocacy, this rationale was debunked during further debate in Parliament.

Questions from Senator Shoebridge (Greens NSW) established that the LGBTIQA+ policy officer advising the Sex Discrimination Commissioner, the only such specialist officer at the AHRC, was axed due to funding cuts.

Furthermore, in the last year the AHRC hasn’t launched any projects or issued any media statements about LGBTIQA+ issues.

This neglect of our issues comes at a time when LGBTIQA+ rights have been under sustained attack.  Just.Equal Australia will now renew our campaign for a dedicated LGBTIQA+ Human Rights Commissioner.

It is the only way to ensure the AHRC is an effective champion for our equality and inclusion.

We have written to Attorney General, Mark Dreyfus, urging him to act, now that the rationale for not appointing an LGBTIQA+ Human Rights Commissioner has been debunked. 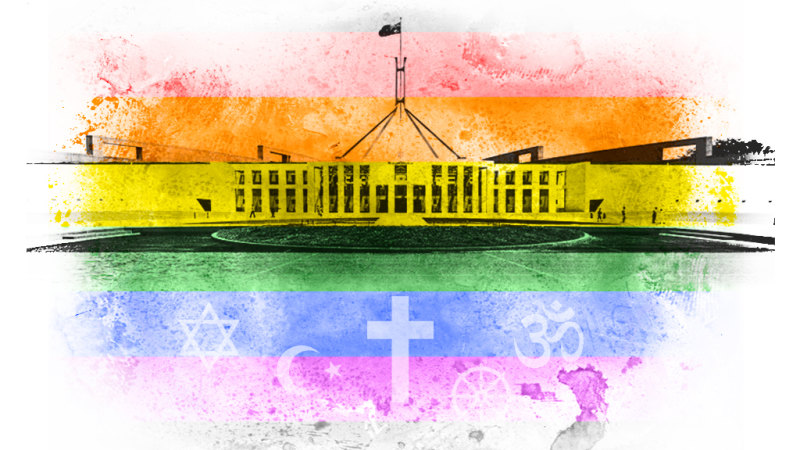 The Queensland, WA and NT governments are looking at removing exemptions that allow faith-based organisations to discriminate against LGBTIQA+ people.

The Australian Law Reform Commission is also looking at the removal of exemptions for faith-based schools in national law.

Just.Equal Australia is working hard to ensure this reform is not half-baked.

Our fear is that exemptions explicitly allowing discrimination against LGBTIQA+ teachers and students will be removed but then unfair treatment will continue through amendments that allow discrimination on the basis of “religious ethos”.

We are lobbying and advocating to ensure all LGBTIQA+ employees, students and clients are fully protected from discrimination by faith-based organisations. 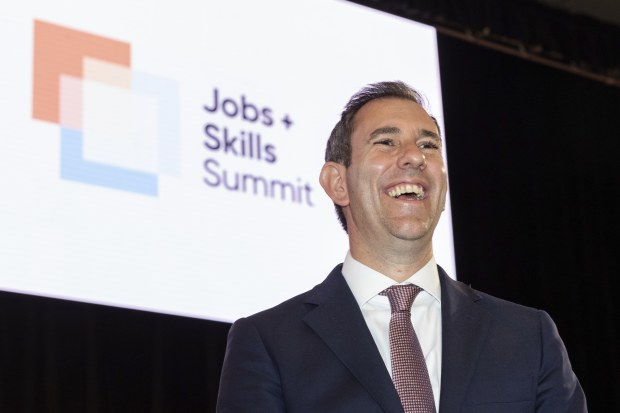 Just.Equal Australia is dedicated to ensuring LGBTIQA+ voices are heard at all levels of decision-making.

That's why we highlighted the absence of LGBTIQA+ organisations at the recent Federal Government's Jobs and Skills Summit in Canberra.

We have also written to the Australian Law Reform Commission pointing out the LGBTIQA+ community was not included in the terms of reference for its inquiry into discrimination by religious organisations, and asking it to ensure our community is represented.

Thanks to Just.Equal Australia's advocacy, both issues were raised in Parliament and commitments were given to LGBTIQA+ community consultation. 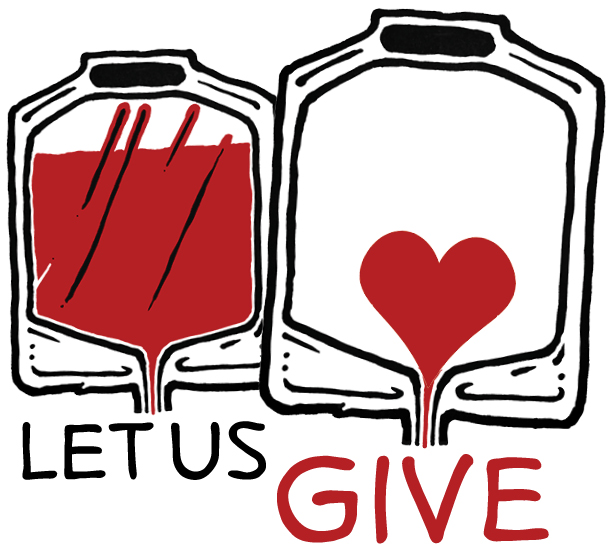 After lobbying and advocacy by Just.Equal's Let Us Give campaign, the Red Cross Lifeblood Service last week announced a research project into replacing the current gay, bi and trans blood bans with individual risk assessment.

This is an important step forward. It is the first time the Lifeblood Service has agreed to consider this reform. There is still far to go though. The research project will run for two years and there is no guarantee of the outcome. We will be in touch in the New Year with how you can make a difference on this important issue.

Another notable development occurred in November when Liberal MP, Bridget Archer, spoke in Federal Parliament about the need to lift the current bans and adopt individual risk assessment instead.  This was the first time in recent years a Liberal had spoken about the issue on the floor of Parliament.

Ms Archer spoke after lobbying from Just.Equal Australia members and after reading the report on blood donation by Just.Equal board member, Dr Sharon Dane.

Join the campaign by signing the petition here 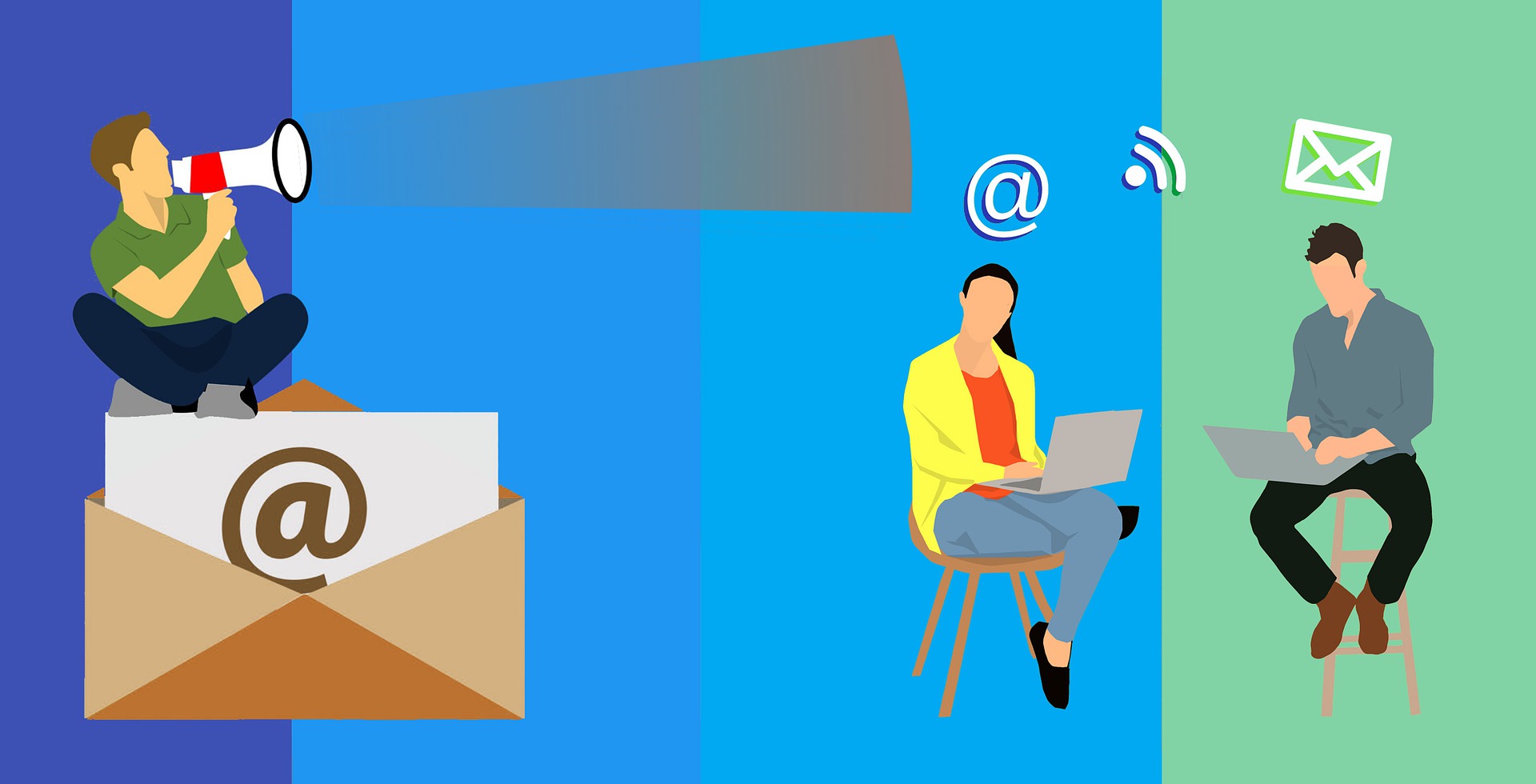 Our members and advocates work tirelessly to represent and advocate for the members of our communities.  We present media releases regularly, many of which of picked up by media outlets and thus come to the attention of decision makers in our community.  Most importantly Just.Equal advocates meet frequently with senators and members of parliament.

Sally, Rodney and other Just.Equal members have met a range of MPs since the election, most recently independent member for Goldstein, Zoe Daniel.

We have been raising a range of issues including:

- Ensuring proposed laws protecting LGBTIQA+ people in faith-based organisations are as comprehensive as they need to be;

- the need for an LGBTIQA+ commissioner;

- full inclusion of LGBTIQA+ in the census;

- a national ban on intersex surgeries;

- the need for full coverage of trans health care costs;

- consultative mechanisms between our communities and the federal government; and

- proactive educations on bi+, trans, intersex and ace led by people and organisations specific to each community.

Many MPs have been receptive to these ideas, willing to work with others in Parliament who share our aims and concerns and understood our deep concern over the government’s reluctance to speak up and move faster on LGBTIQA+ issues.

8. A Note from our Treasurer 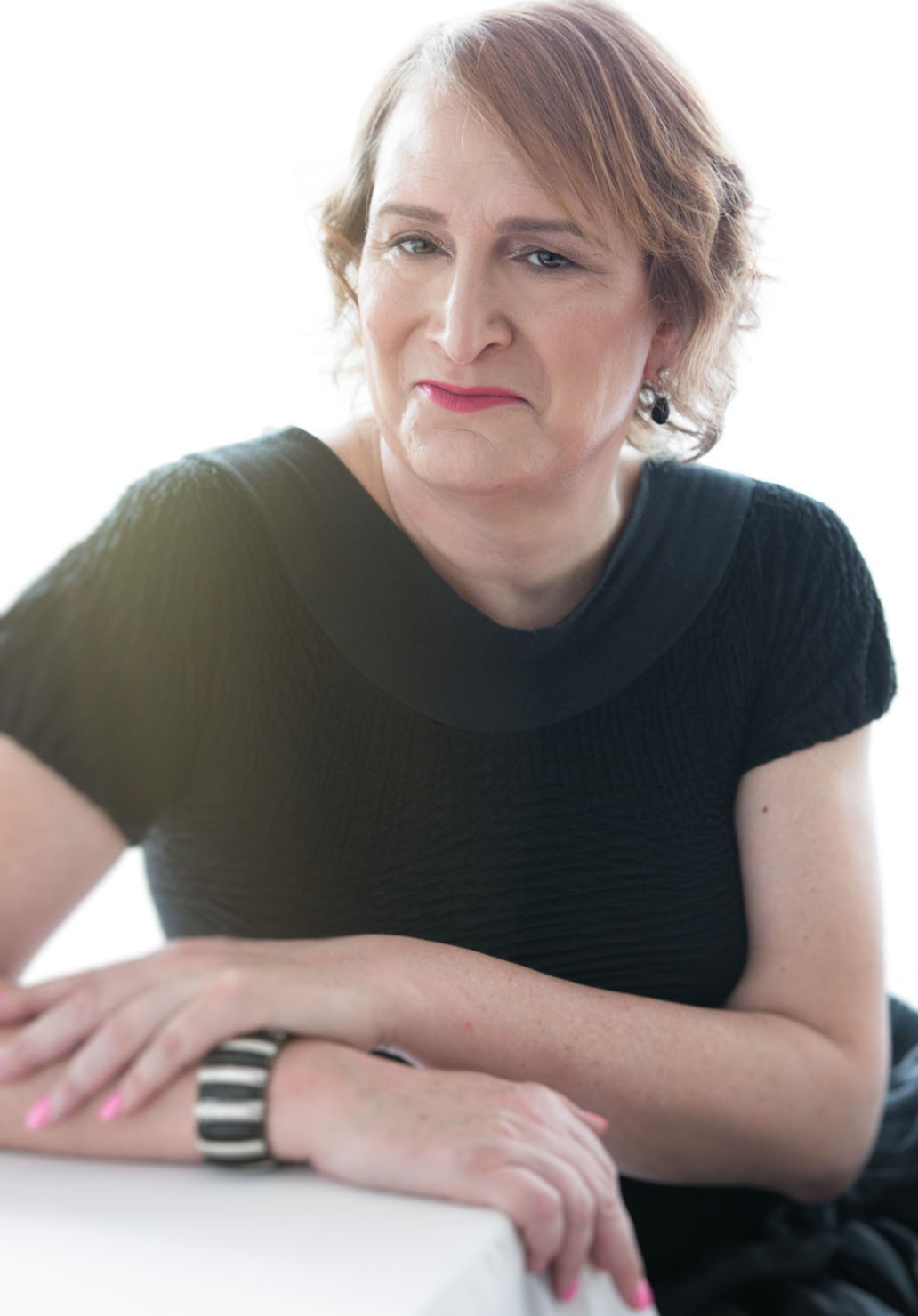 I was elected as Treasurer (proving old accountants never die, we just get a different balance) back at our AGM in the middle of the year.

Seriously, it’s been a busy time at the back at the JEA finance and governance ranch.

Our finances are now in one of the standard accounting software packages (with all transactions backdated to 1 July 2021). This means JEA complies with relevant accounting standards for our 30 June 2022 reporting and have up-to-the minute information including monthly reports from that point onwards.

We have changed banks and now also have a debit card tied to a separate account from the one that holds most of our funds, thereby minimising risk. This also saves double-handling of paperwork and people having to claim for reimbursement, freeing up our team to focus on advocacy, research etc

In August, we held a strategic planning session (our thanks to Leading Well and Tim Dyke) to assist in refocussing on our goals and priorities internally, regarding structure and growth, and externally, regarding policy and law reforms.

Thanks to pro-bono legal assistance, we have now lodged an application for DGR status (tax deductibility for donors who contribute to JEA). Keep your rainbow fingers and toes crossed for us receiving a Christmas gift in the event of a successful application.

Our next step is to look at our human resource processes considering the specific nature of JEA. We are people who of course are passionate about equality for LGBTIQA+ people; at the same time, we need to ensure we prevent that passion tipping over into burnout. Also, given our communities face discrimination we, more than many organisations, need to be even more aware of mental health and trauma in how we operate to ensure our volunteers (and hopefully, in the longer term, paid staff) can be at their best.

We’re looking forward to going forward with these solid foundations in 2023. My thanks to the team at JEA for creating an environment that aims to match values with behaviours consistently and my thanks to everyone who supports JEA whether financially, boosting our posts on social media, or in any way.

Wishing everyone a safe and happy festivus and see you in 2023! 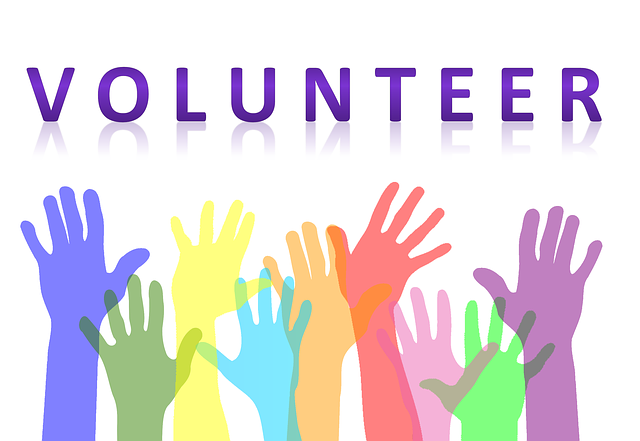 Just.Equal Australia is looking for volunteers to join our team.  We have a great team of experienced advocates who are keen to share their experience and enthusiasm.  We will be conducting activism workshops for new team members next year.  Additionally, we are keen for people with IT and writing skills to help us with our website, and people to help us with fund raising.  Whatever your skill set, we'll have a role for you at JEA.  If you would like to help us make a difference in our communities, please drop an email to: [email protected] 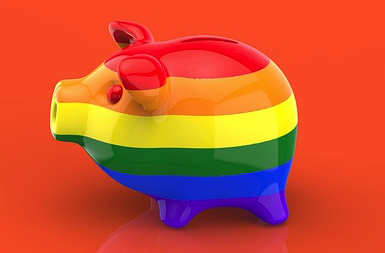 2022 has ended with a range of small wins for the LGBTIQA+ community.

In 2023 we will continue to push for change, especially when it comes to protecting LGBTIQA+ people from discrimination by faith-based schools and services.

We want to conduct polling and ensure politicians hear our message in the media and face-to-face.

This costs money. Every dollar counts.

As you consider your Christmas/New Year spending, please think of us.

Just.Equal Australia was established in 2016 as a national LGBTIQA+ advocacy and campaigning organisation.  Our board is made up of long-time advocates from around the nation.  We are committed to consulting with the LGBTIQA+ community and partnering with like-minded groups and communities.  We are committed to community-driven responses to discrimination.  For more about us, Click here.