Responding to the Religious Privilege Movement

The movement to allow discrimination in the name of religion is gathering pace. LGBTI people and our allies need to seriously consider how we respond. This paper by long-time advocate, Rodney Croome, looks at some of the most common defences of religious privilege and how to respond to them.
Why would anyone want to be married by someone who doesn’t want to marry them?
Shouldn’t a Christian baker be able to refuse to bake a gay wedding cake just like a gay baker should be able to refuse bake a cake with an anti-gay slur?
Won’t the market look after this by sending discriminatory businesses to the wall?
Now LGBTI have their rights, shouldn’t religious people have their rights protected too?
For answers to those questions and many more, download Rodney’s paper here. 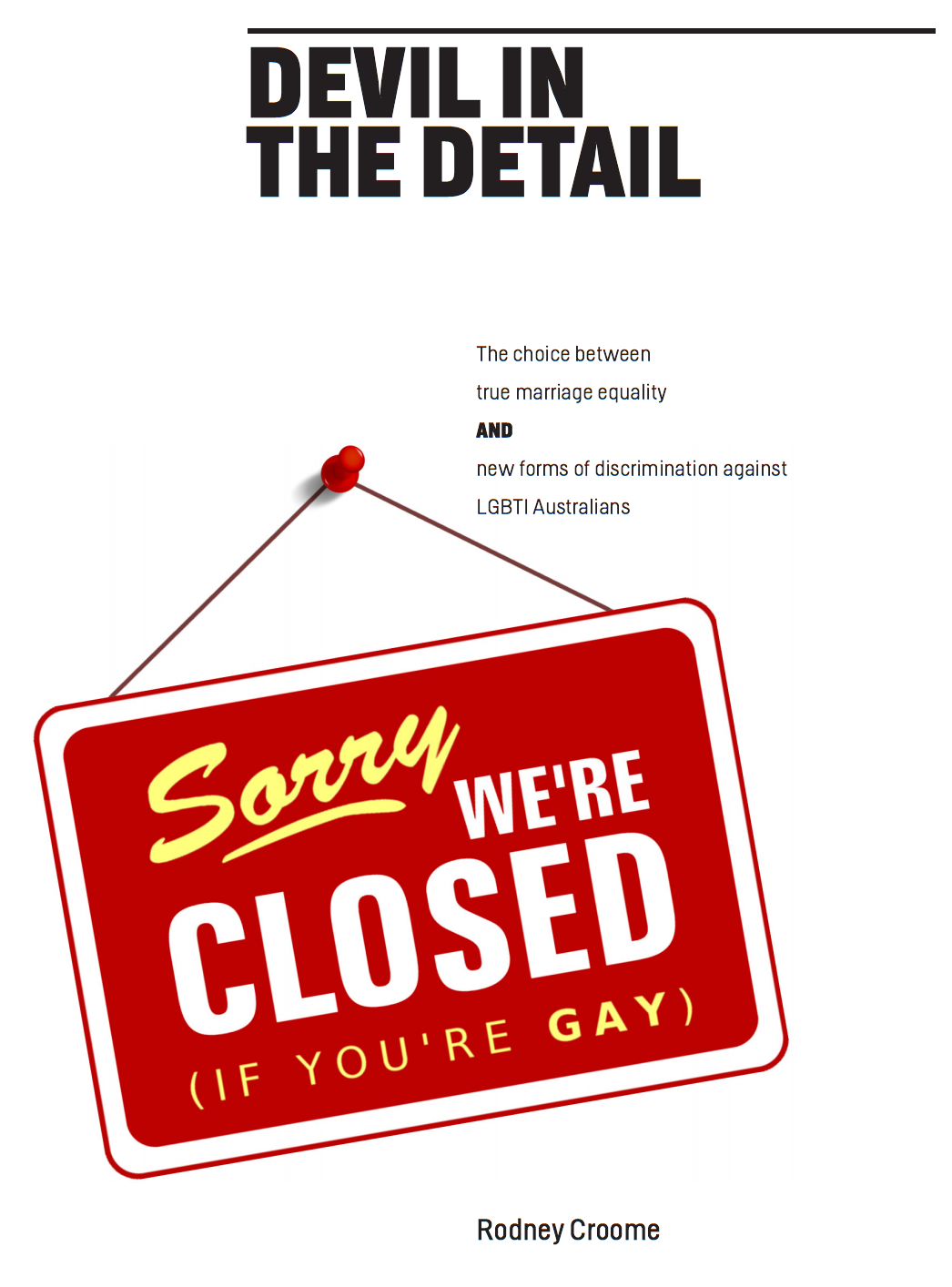 We're keeping the up pressure on parliament to vote down a plebiscite with the release of videoed interviews highlighting the true cost of the 2015 Irish marriage equality referendum.

In conjunction with global LGBTI rights group All Out we delivered a petition of 92,068 signatures to the Australian parliament on 13 October 2016.

The message was a simple one: Thank You For Promising To Block The Plebiscite! This 2.4m tall thank you card was delivered throughout parliament and attracted enthusiastic signatures from across the political spectrum.