A survey of 5,500 LGBTIQ people in late July, perhaps the biggest poll of its kind on this issue, voiced their opposition to a plebiscite for equal marriage. The survey included men and women of all ages, and in every state and territory of Australia. 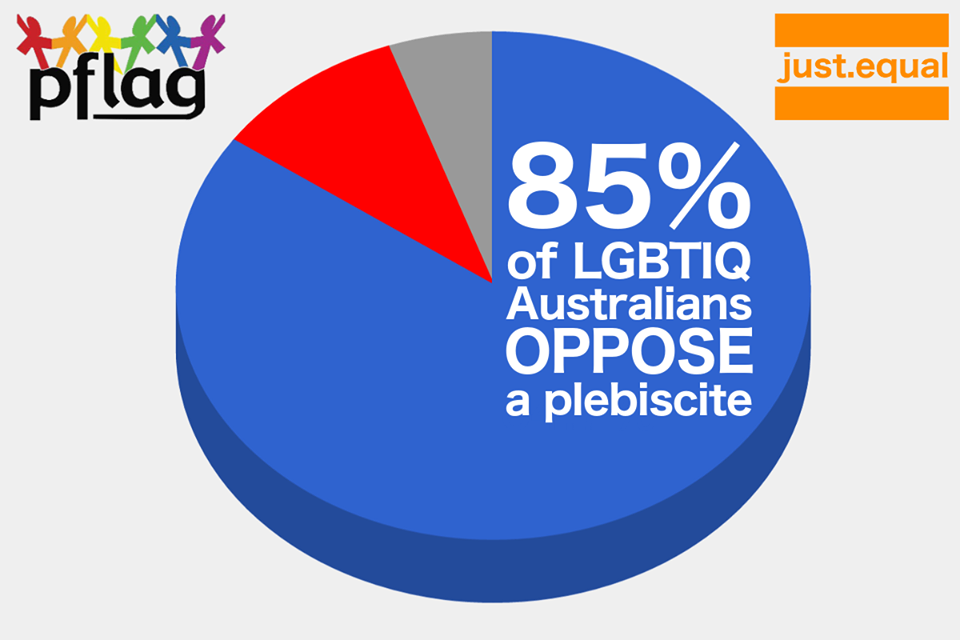 Almost 85 per cent of LGBTIQ Australians remain opposed to a plebiscite on same-sex marriage, with 10 per cent in favour, and 5 per cent undecided. In addition, a majority said they were against a nationwide vote even if it means no change to the law.

LGBTIQ communities are the primary stakeholders in the marriage equality debate, and it is only through taking strong action together that we can shift our elected representatives away from a damaging plebiscite and toward a free vote.

You can read The Age story here.