The 2021 Census excluded LGBTIQA+ people. This will perpetuate the invisibility of a significant part of the population. 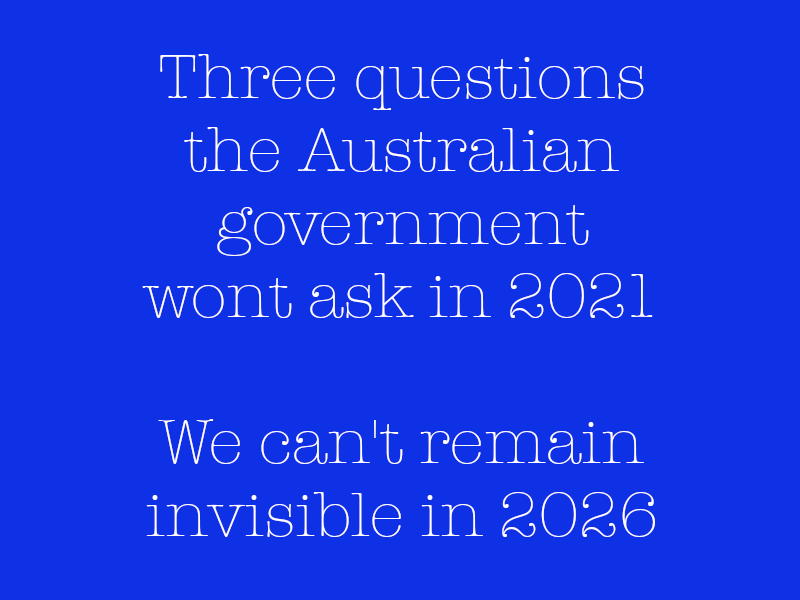 We condemn the 2021 Census for continuing to render LGBTIQA+ Australians invisible and to making it harder to address the stigma, discrimination and lack of services we experience.