#TeamEqual Projects That Need You Now:

There's no modern science that justifies banning countless gay, bisexual, trans and non-binary Australians from donating blood today. We call for individual risk assessment for potential blood donors and a removal of this scientifically unjustifiable ban.

The findings of our international research project show that a policy of assessing every individual donor for the safety of their sexual activity, regardless of their gender or the gender of their sexual partner, would not compromise blood safety, would increase the blood supply and would be a major step in removing discrimination from blood donation.

Sign our petition to Lifeblood to remove unjust discrimination and stigma immediately:

Just-Equal Australia supports the notion of ensuring religious freedom, but we oppose any legislation that seeks to enshrine religious privilege.

Legislation to protect people of faith from discrimination should be a shield and not a sword.

However, the Bill which has been drafted, re-drafted and is still under consideration by the federal government offers people of faith extraordinary privilege to discriminate against those they don’t like.

This will overwhelmingly be to the disadvantage of LGBTI people, but also to women, people with disability, unmarried couples, people from minority faiths and more.

It is the biggest attack on anti-discrimination protections in our nation’s history and it grew out of  religious opposition to marriage equality in 2017.

Freedom of religion does not mean having the right to discriminate against others in the name of religion.

Just-Equal has been educating the public and lobbying federal MPs on the nasty elements in the Bill and urging them to vote against it.

In September 2021, we sent a 12 page brochure to every MP and senator spelling out the four (4) main areas of harm that would be caused if the Bill passed. We continue to lobby MPs against this Bill.

Organisations can add their support and individuals can sign this Declaration which we will present to the Government, the Opposition, Parliament and the Australian Bureau of Statistics before Census Day.

Dr Clara Soo has written to the Governor General surrendering her OAM after discovering Margaret Court is set to be elevated further than her AO to Australia's highest honour. Clara is outraged that the Honour's Council would promote such a divisive campaigner against the inclusion and equal access to law.

Please sign our petition calling on the Governor General to review the standards and processes of the Council so that we reserve our greatest honour for Australian role models for us all. Dr Clara Soo shouldn't have to return her Order of Australia.

If you have previously received an honour you may want to sign our Open Letter, here. 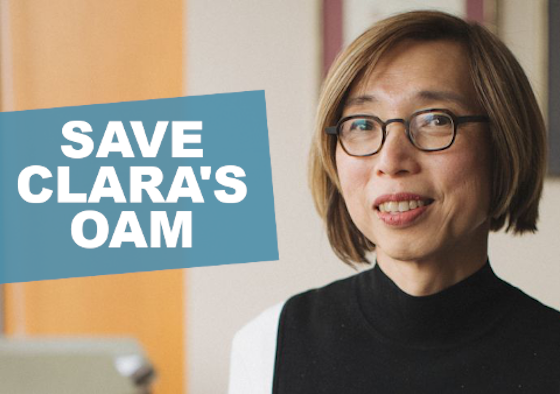 We want to see LGBTQ+ conversion practices made unlawful in Tasmania

We have an opportunity to contribute to the campaign to make it so. We know:

Sign here and, if you're Tasmanian, make sure you include your address so we can show the TLRI how many Tasmanians support this reform. 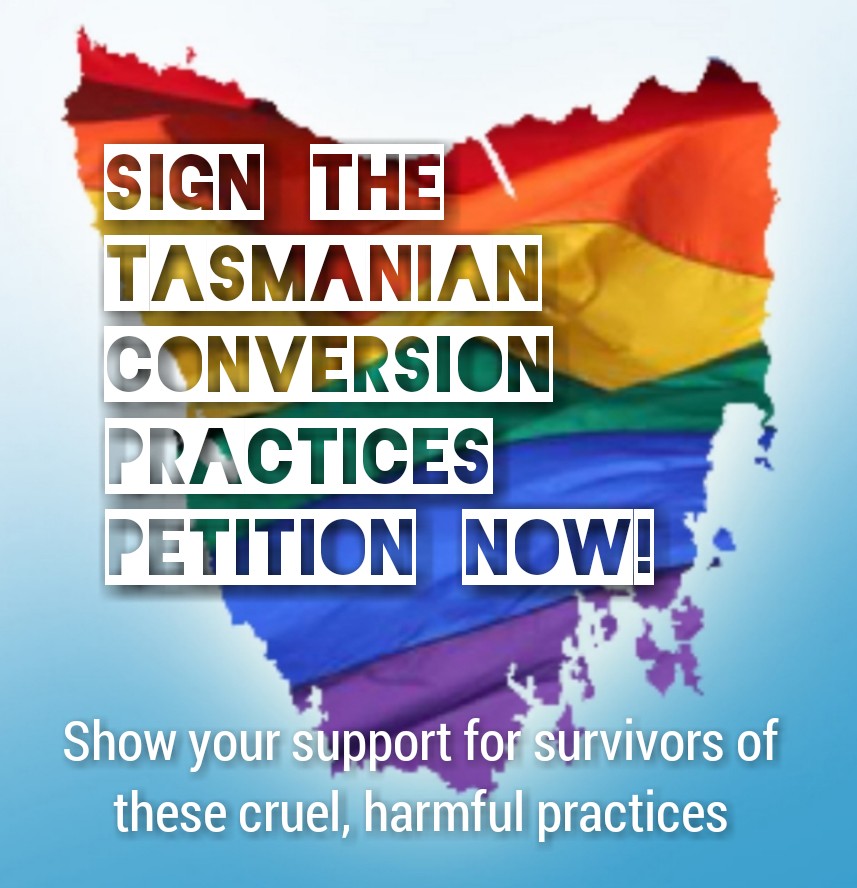 Only 1% of Australians say protecting religious freedom is a priority* yet Australia's parliament looks set to rush new laws through.

Despite a review led by Philip Ruddock finding no threat to religious freedom in Australia the Morrison Government plans to introduce a "religious freedom" law that may allow legal discrimination against LGBTIQ+ people.

Tell the Government that everyone's rights should be protected, not just some. 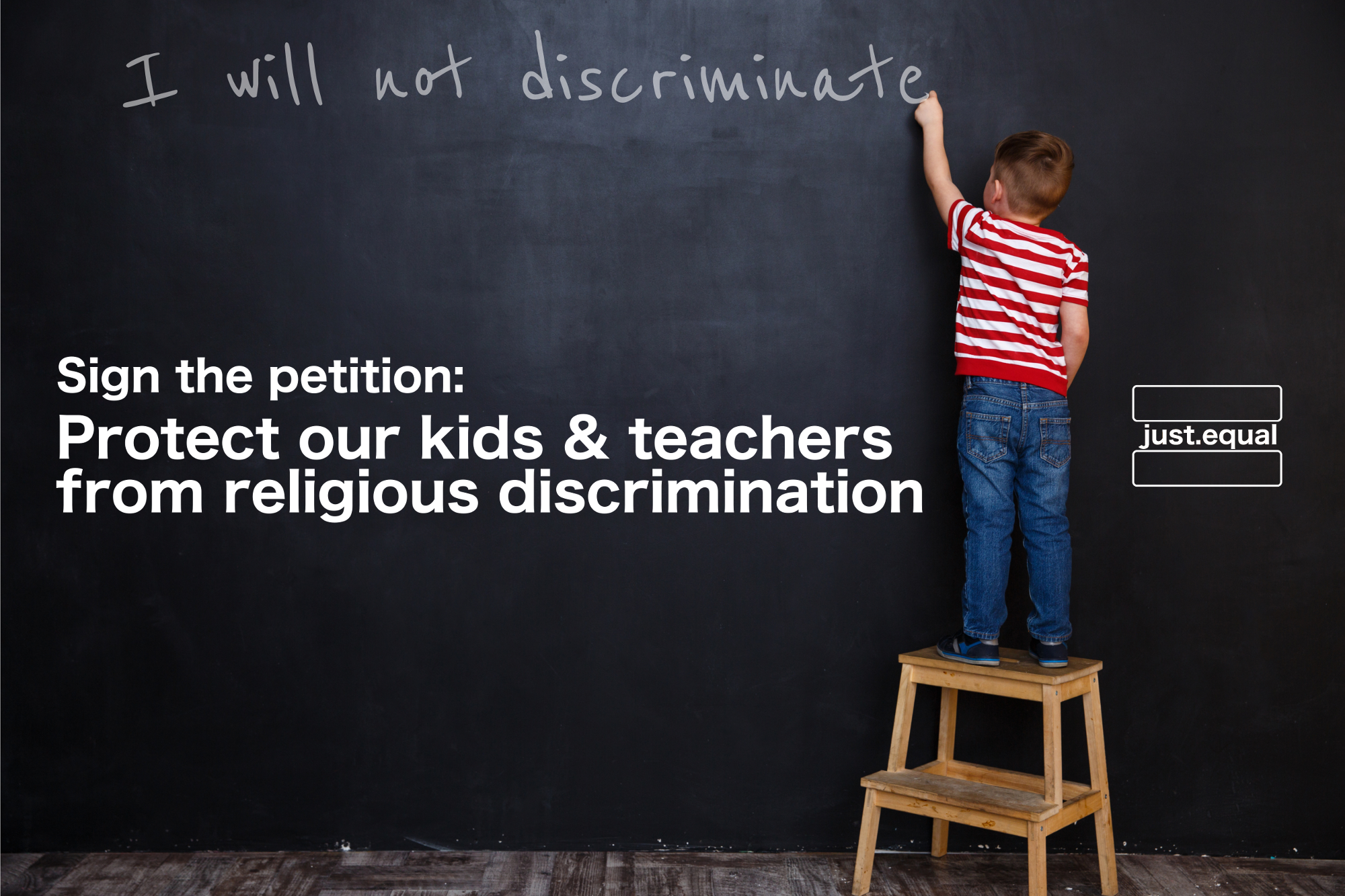 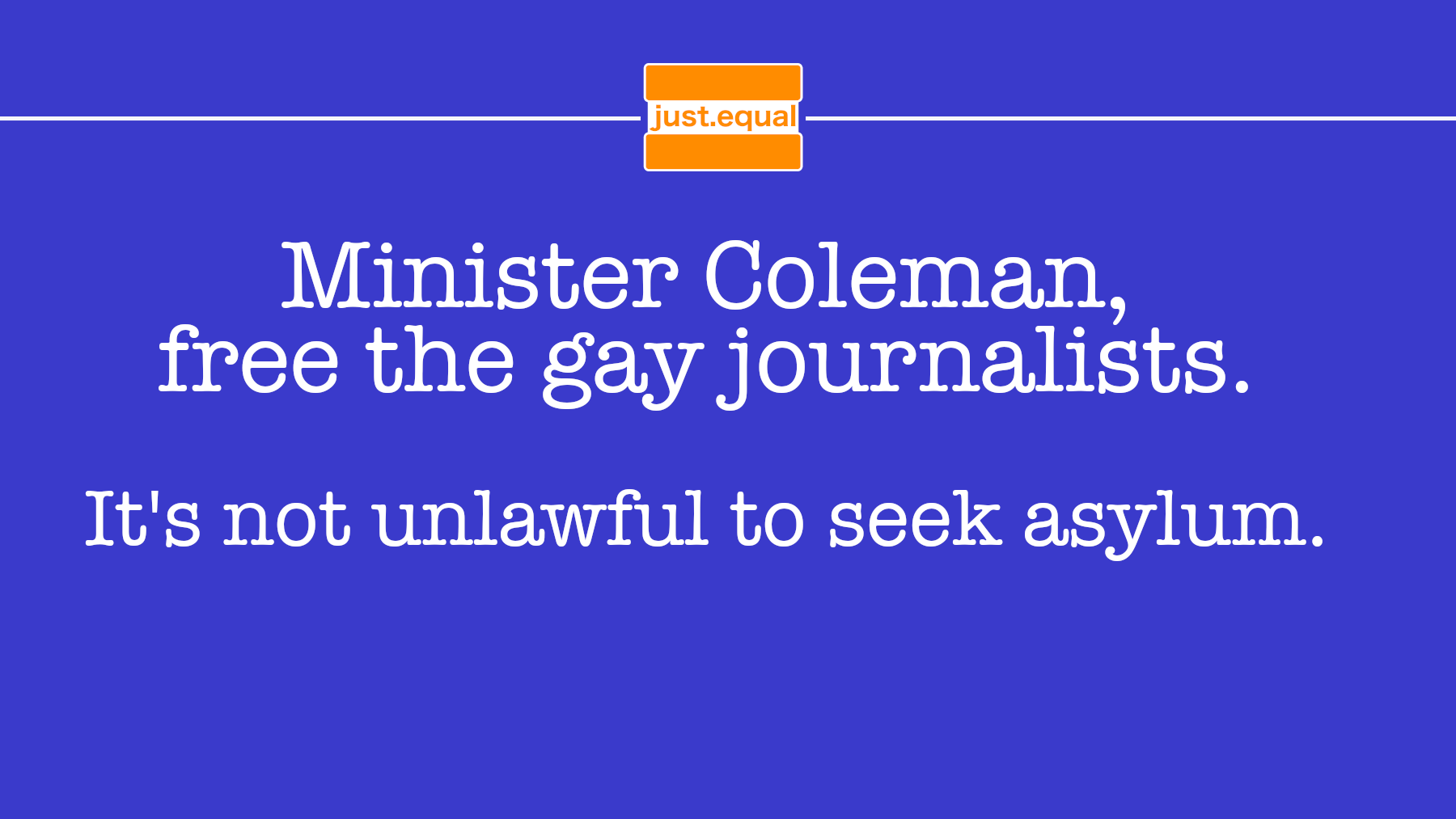 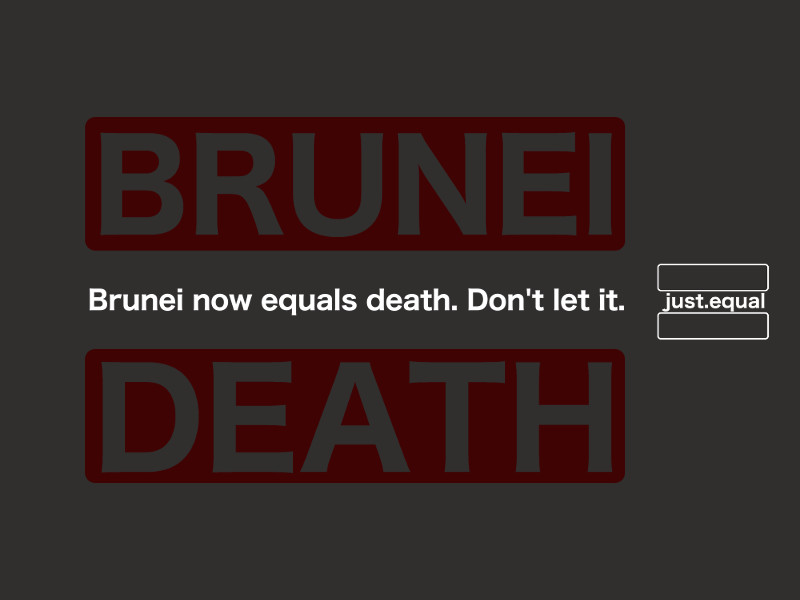 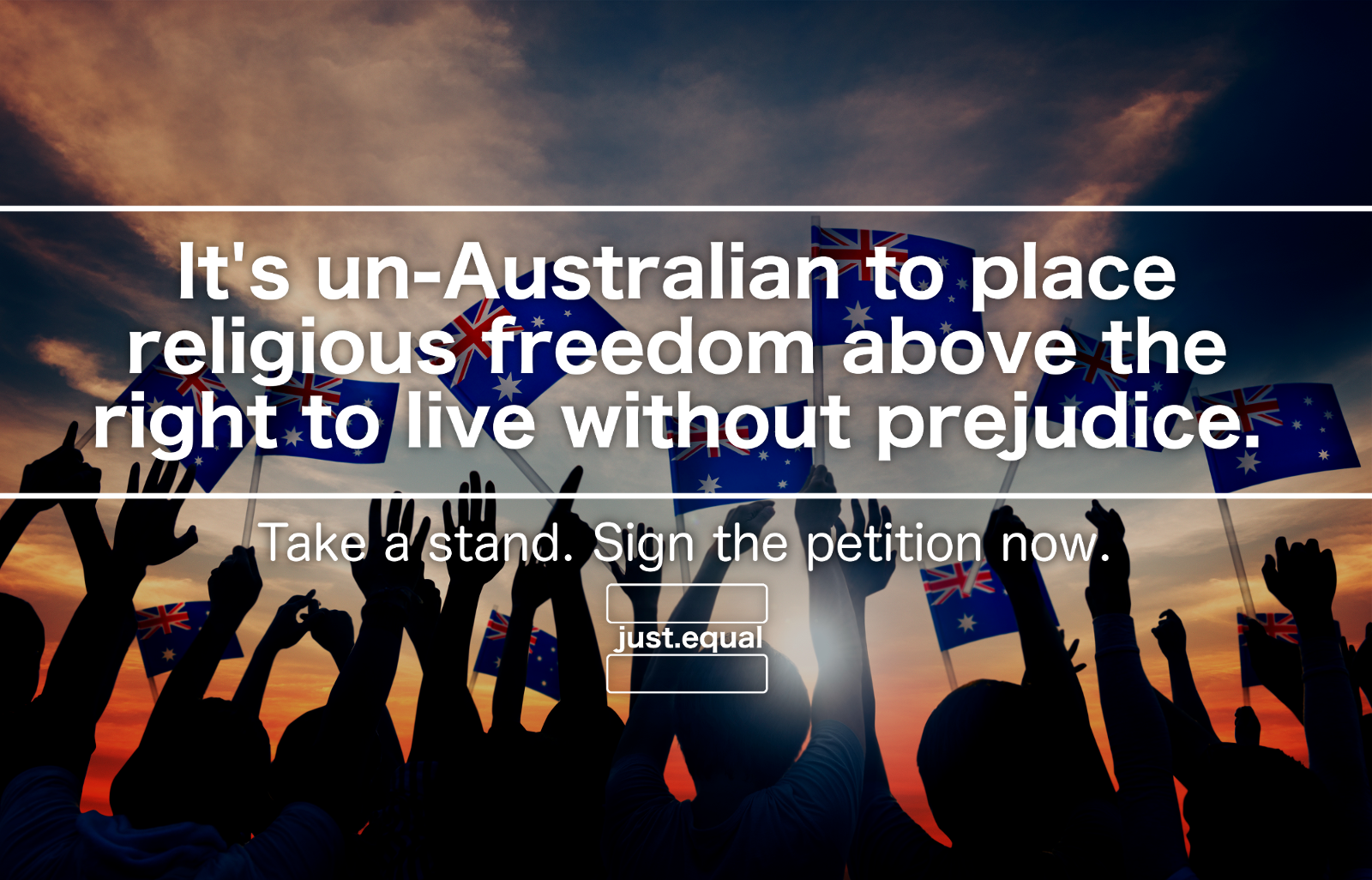 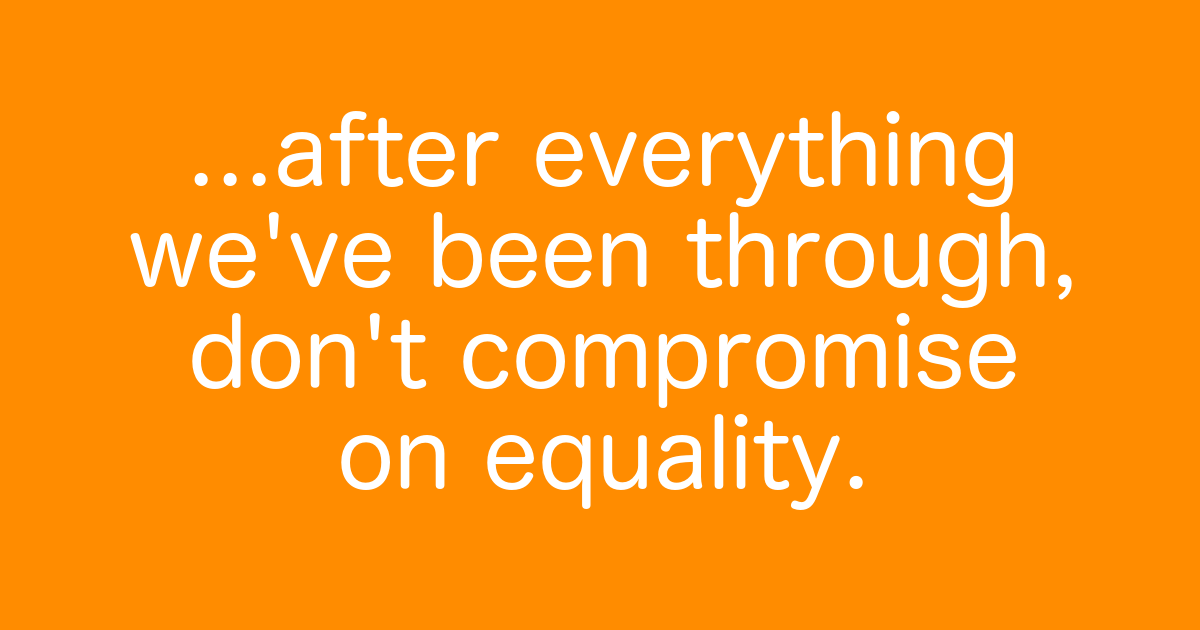 With the postal vote now behind us opponents are now planning to install unprecedented religious privileges within any proposed amendment to the Marriage Act and now, more than ever, we need supporters of equality to reflect the will of a clear majority of Australians.

We know 78% of Australians want the Marriage Act amended in a way that does not treat same-sex couples differently to other couples.

Now is a critical moment to remind our MPs and Senators that it's not equality if it's designed to treat LGBTI citizens less than other Australians.

This initiative is a partnership with PFLAG Australia. 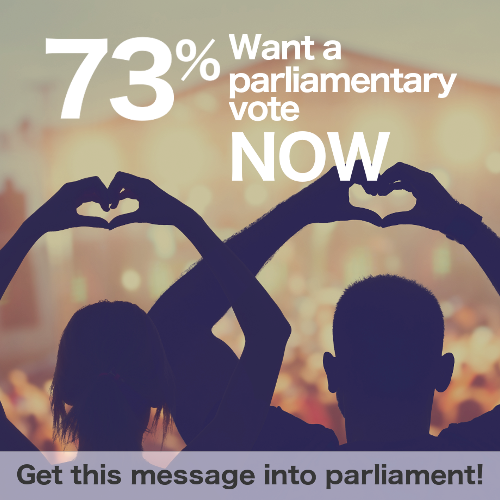 Not only does 73% of Australians want a parliamentary free vote NOW, but over 1 million Coalition voters have said they're less likely to vote for the coalition if they haven't achieved marriage equality by the next election. This is HUGE 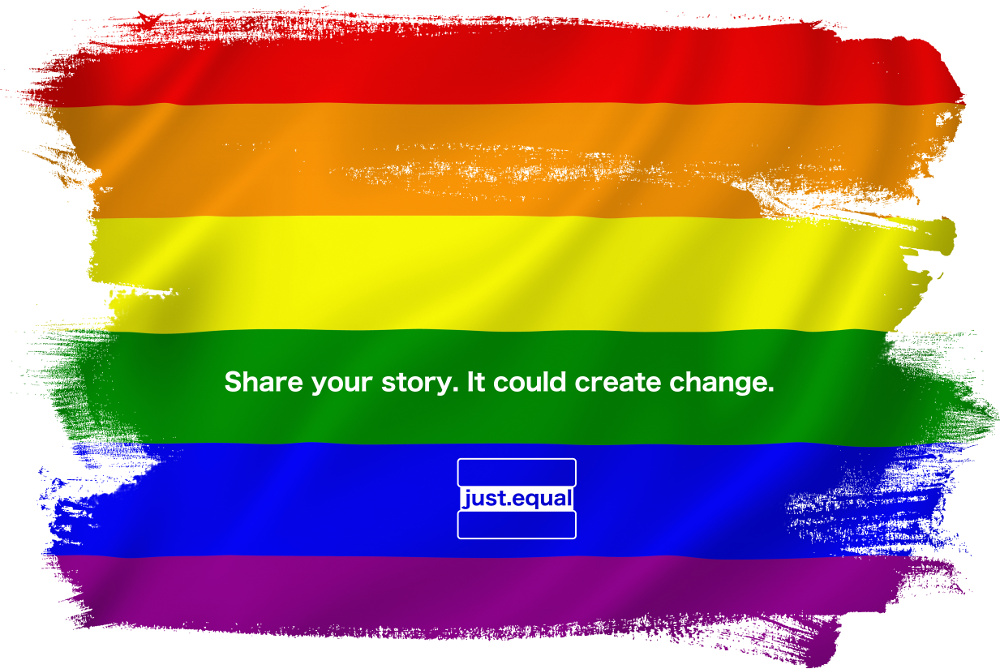 The strongest argument for positive change has always been the lived experiences of LGBTIQ Australians and our allies. Your stories should always be at the centre of our campaigns.