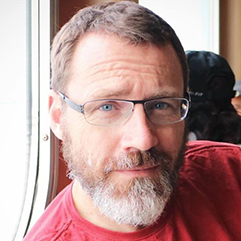 In a national context, Ivan Hinton-Teoh OAM was Deputy National Director of Australian Marriage Equality from 2012 to 2016. Recognising the ongoing need for similarly volunteer driven broad-based advocacy, in 2016 Ivan founded Just.Equal to advocate nationally for LGBTIQA+ equality in a way that is partnership driven and inclusive, seeking to leave no-one behind, to provide a platform for those who need it.

In the ACT, where he lives with his husband Chris, Ivan has been an executive of PFLAG Capital Region since 2011 and completed an extended term in the ACT LGBTIQ+ Ministerial Advisory Council.

In 2019, Ivan received a Medal in the Order of Australia for his contribution to LGBTIQA+ human rights.