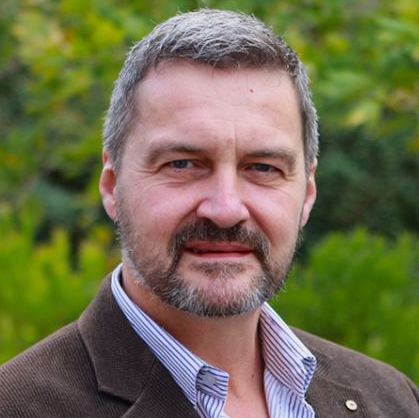 Rodney Croome AM is a long-time LGBTQIA+ equality advocate. Rodney led the successful campaign to decriminalise homosexuality in Tasmania, was a founder and national director of Australian Marriage Equality, and currently serves as a member of the Equality Tasmania committee, and on the LGBTIQ+ reference groups of several Tasmanian Government agencies.

Rodney joined Just.Equal in 2016. Rodney has worked on a wide range of LGBTIQA+ issues from discrimination and hate speech, through relationship recognition, parenting and marriage to education, mental health, policing, trans equality and blood donation. In recognition of his work Rodney was made a Member of the Order of Australia in 2003, Tasmanian Australian of the Year in 2015 and an honorary doctor of letters by the University of Tasmania in 2019. He lives with his partner, Rafael, in North West Tasmania.