Equality Tasmania has released two new fact sheets about the adverse impact of the proposed Religious Discrimination Bill on Tasmania with the aim of encouraging Tasmanians to make their views known to the Federal Government.

Tasmania is singled-out for special ill-treatment under the Religious Discrimination Bill because it has stronger discrimination protections than the other states.

In the new fact sheets the benefits of Tasmania’s existing discrimination law are explained, while the Federal Government’s stated rationale for overriding the Tasmanian law is demolished.

“We are circulating these fact sheets to mobilise Tasmanians to defend our gold-standard Anti-Discrimination Act from attack.”

“Tasmania has gone from having the worst laws on LGBTIQ human rights to having the best, and we will not allow our progress to be rolled back.”

“We want all Tasmanians who will be adversely impacted by this override, including everyone who falls foul of traditional religious dogma, to take action.”

One fact sheet looks at all the impacts of the Religious Discrimination Bill on LGBTIQ Tasmanians. The other looks at the impact of the override on a broad range of disadvantaged Tasmanians including LGBTIQ people, people with a disability, single parents, unmarried partners racial minorities and others.

The second sheet, about the override of Tasmania’s offensive language law, lists some of the many laws that prohibit offensive language. These range across child care to motor vehicle registration and include a prohibition on offending politicians. The sheet concludes

“The one feature of section 17(1) that makes it different to other laws that prohibit offensive language is that it generally protects those who are disadvantaged, stigmatised, marginalised and vulnerable from those who are powerful and in positions of authority. Section 17(1) is under attack precisely because it protects the vulnerable and holds the powerful to account.”

Submissions to the federal government close on October 2nd and should be sent to the Religious Discrimination Bill consultation, C/o [email protected]

To sign Equality Tasmania's petition calling on federal government to respect an inclusive Tasmania and protect all rights, not just some, click here.

To sign just.equal's petition for a Human Rights Act rather than elevating religion above all others, click here. 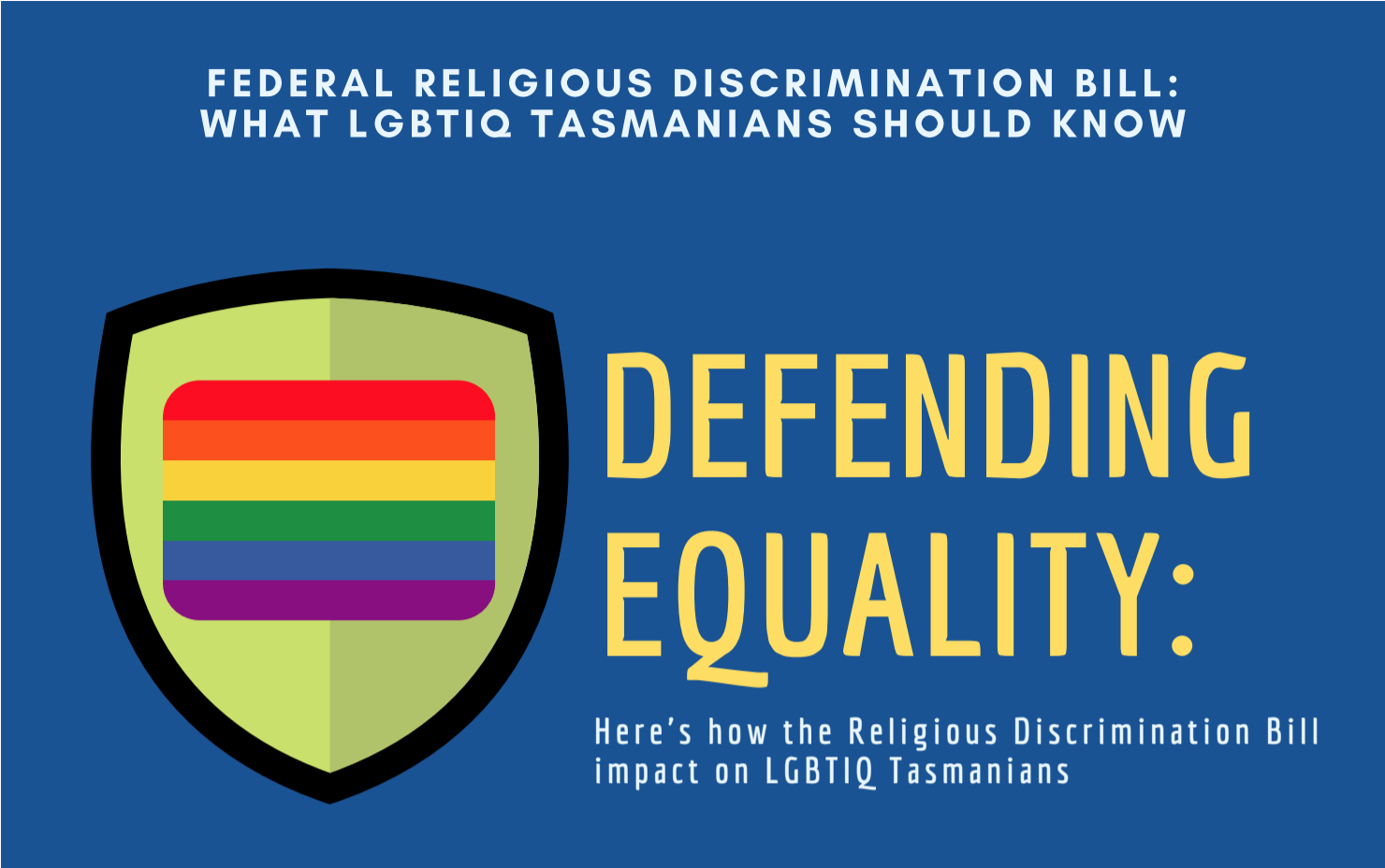 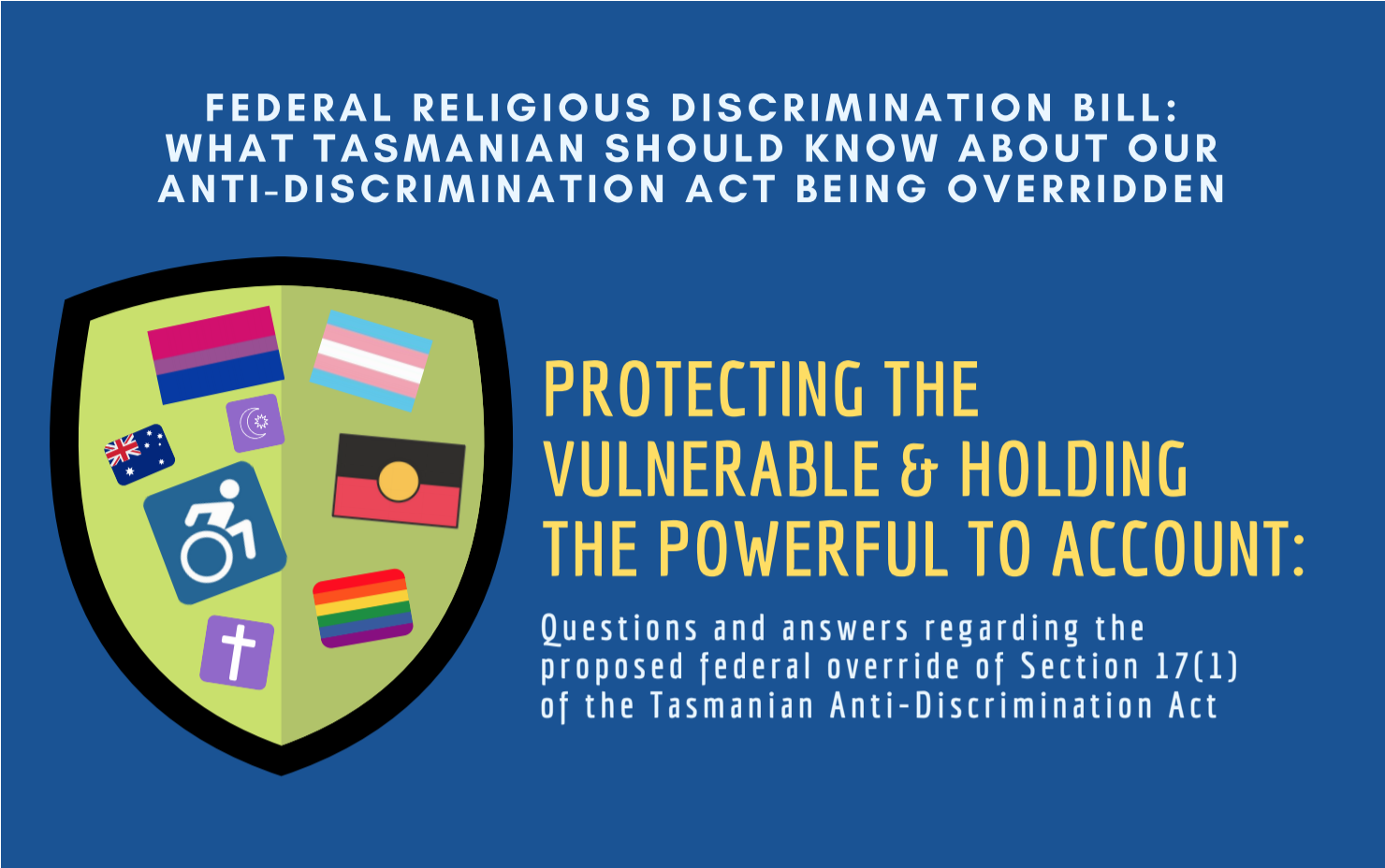 An accessible version of the Defending Equality Fact Sheet is here.

An accessible version of the Protecting The Vulnerable & Holding The Powerful To Account is here.